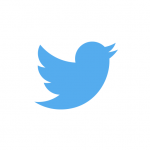 In January, I was invited by AACU to offer a brief, TED-style talk about how and why to Tweet from the annual meeting. The talk was great fun, as Twitter has radically changed my conference experience over the past years.

Let me begin by acknowledging that I am an introvert. I like people, but I’m shy, and I get exhausted after a whole day of panels, lunches, panels, coffee breaks, dinners, and drinks. So conferences, while wonderful, often feel like social marathons to me.

I remember so clearly going to my first conferences in graduate school, sticking close to the people I already knew, and feeling a bit overawed by seeing so many people whose books I admired (and had read, at least as far as the first chapter).

Slowly, since I’m a shy kind of creature, I met more people, and from year to year, conference to conference, began looking forward to seeing familiar faces. This annual immersion into academic community often began with me desperately trying to recall what we talked about last year. Although relationships grew, they grew slowly, since I would often only see folks once or twice a year.

I think of Twitter as a river into which I dip for refreshment when needed. And, like an environmentally-minded 21st century citizen, I also do my part to maintain the shared Twitter resource for all by contributing constructively and speaking up when someone is being unkindly treated.

I was late to the Twitter game. When others were transforming MLA by connecting on Twitter, I was still just Facebooking. But then I met Rebecca Frost Davis, who taught me how to “live tweet.” Live tweeting consists, in large part, of publishing your notes as you take them by tweeting them out rather than writing them on a notepad. Since you Tweet from a device, and therefore have browser access, live tweeted notes can also be media-rich, including links to books and articles mentioned in the talk, additional resources, shout outs to folks with Twitter accounts whose work is mentioned, and questions and comments about what the speaker is saying. Most conferences now have a single hashtag, so that all conference attendees can follow the hashtag, read each others’ notes, and learn along with other audience members.

Live Tweeting is, I think, a generous act, and a scholarly one. Classicists note that it revives a tradition of scholarly communication through marginal annotation, since Tweets are like shared annotations to the talk. You can also think of Twitter at conferences as a continuous cocktail party. As at a cocktail party, you can dip in and out of various simultaneous conversations, make plans to meet in the future, and move on to another conversation. I also think of Twitter as a river into which I dip for refreshment when needed. And, like an environmentally-minded 21st century citizen, I also do my part to maintain the shared Twitter resource for all by contributing constructively and speaking up when someone is being unkindly treated.

And since live tweeting is now such an established practice, you also end up connecting with many others at the conference and beyond. A single rich tweet might be retweeting dozens of times, reaching many people, and allowing those people to contact you, have a twitter conversation which often evolves into an inperson meeting, or continues on other platforms.

Magic. Effortless “networking” for geeks like me. (I put the word in quotes, because I still find it vaguely awkward, despite loving it), I write about what interests me for my own later use, and others find me based on those interests.

And it’s also glorious because because between conferences I can stay in touch with folks (I won’t tell you how many conference papers and articles have emerged due to this). Twitter, which Bonnie Stewart has recently called “immersive professional development” reduces the feast-or-famine feel of academic conference community.

Here are the slides from the brief presentation I gave at #AACU16 on why and how to tweet at conferences. Hope they are useful for you. And please get in touch with me @profrehn on Twitter with your thoughts!