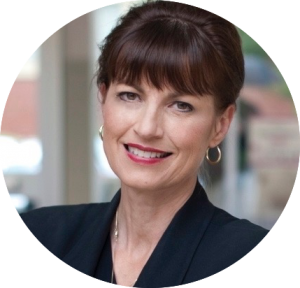 Patti McCarthy holds a Ph.D. (critical studies) and M.F.A. (film production) from the University of Southern California. Patti has experience teaching classes in film production, screenwriting, creative producing, film history, film aesthetics, and writing. Prior to teaching and developing the Film Studies program at the University of the Pacific, Patti worked as Head of Development at Rastar Productions at Sony Pictures Entertainment and was involved in the production of many well–known major motion pictures,

including: Random Hearts (Harrison Ford), Harriet the Spy (Rosie O’Donnell), To Gillian on Her 37th Birthday (Michelle Pfeiffer), American History X (Edward Norton) and The Curious Case of Benjamin Button (Brad Pitt). Recently, she co–produced a documentary film, Clint Eastwood presents Dave Brubeck: In His Own Sweet Way, and a series of short, biographical documentary films about George Lucas which were based on her book, The Lucas Effect: George Lucas and the New Hollywood (Teneo 2014) Currently, she is producing and in post-production on an indy feature film, Carlos Through the Tall Grass.

In addition to these and other energies, McCarthy has published academic essays in various anthologies, been a keynote speaker for many events and conferences and is a frequent panelist at the University Film & Video Association, where she recently presented an overview of her current research, based on her upcoming book, The Heroine’s Journey for Screenwriters and Filmmaker (McFarland, 2021).